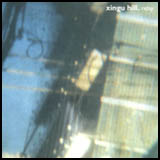 Uploaded by disques_hushush on September 5, 2004